We went to see Dr. Sherry Lim, a breast cancer surgeon who trained at MD Anderson and is highly regarded in her field. She explained, in complete detail, what we were looking at. At the 10:00 position, I have a DCIS (ductal carcinoma in situ) mass that is small and can be treated easily. It is the most common form of breast cancer and there is a high recovery rate. At the 6:00 position, there is another mass that came back inconclusive beyond the biopsy. She said she discussed it with the other doctors and believes this mass is highly suspicious and potentially not the more favored cancer, DCIS. She said she would not know until it came out but that, in her experience, this particular mass was worrisome. We discussed the options: lumpectomy of both masses, followed by radiation; single mastectomy and reconstruction; or, double mastectomy and reconstruction. Mastectomy would not rule out the need for radiation and/or chemotherapy; however, it would lower the chances for having to have it. At some point, I needed to cry. I was fading out in the same way I did with Dr. Hilgers and I needed a moment to compose myself. She was lovely about it all. In the end, she explained that there were pro’s and con’s to each decision, but that the final choice would have to be mine. She did seem to steer me away from the lumpectomy, which I appreciated. The meeting lasted about an hour or so. That weird feeling I continue to have, that feeling of wanting to run, was born in this meeting with Dr. Lim. 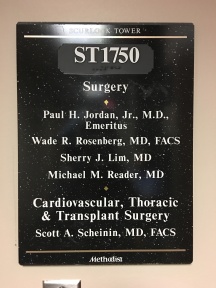 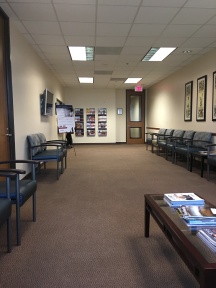 Houston-based writer making contributions through truth- and story-telling. Sometimes dark, often insubordinate, and always raw, a balance is struck in each conclusion that evokes a sense of resolve to the absurd drama so intricately woven into our human experience. You will find short stories sometimes based in truth, true stories sometimes based in harsh reality, musings that may strike a nerve, writing prompts just for fun, and a novel or two in the works. Welcome, and thank you for reading. Christine Cadiz was born in Port of Spain, Trinidad in 1964. She was a kid in the Florida Keys and an adult in Miami. She's been writing since she was nine-years-old and was a Journalism major before leaving college to work. Christine worked in marketing and advertising for seventeen years. She stayed in Florida for forty-three years before relocating to North Carolina and then Texas with her family. She has three daughters and currently resides in Houston. View all posts by Christine Cadiz